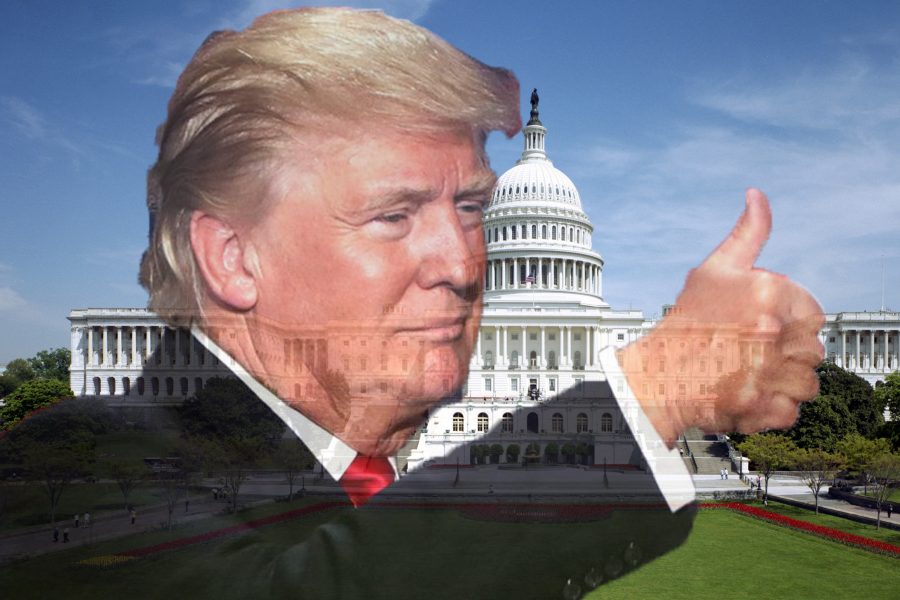 Republicans now have control over the legislative, executive, and soon, the judicial branch of government. With this new found power many are in fear of the direction they will take us. Republicans now have an unprecedented opportunity to push forward their agenda. But they haven’t had this much of a consolidated power base since 1928 and the conservative ideology that pervades much of the party is based on the government being the enemy. What will Republicans do with their absolute control of the government? And how will their direction of government change the parties views?

First on the Republican agenda is to appeal one of Obama’s “greatest domestic achievements,” the Affordable Care Act. This act was made to help all Americans afford insurance and make sure insurance companies could not deny coverage based on pre-existing conditions. Many Republicans and other Americans believe that the longer it runs the more unaffordable it will become. Basically it’s explained like this: there is a minimum insurance companies need to reach. This minimum makes the insurance business non-profitable, meaning it’s not a good investment for shareholders. This incentivizes insurance to allow medical providers to charge higher prices, which in turn raises the minimum increasing profits for insurance companies. Many Republicans believe if this stands it will spiral out of control driving our government, which will cover part of the minimum to ensure that all Americans can afford it, into ever increasing debt.

Trump also plans roll backs on government jobs. These jobs which appeal to many as a job for life will no longer stand as such. While many of his plans for accomplishing this are unspecified, it is clear that all federal workers will feel the impact of these decisions. The only ones who will be exempt from his rollbacks will be military personnel, employees of public health, and safety.

Trump also plans on shutting down the Department of Education and putting the control of the curriculum back in the states’ hands, meaning no more federal standardized testing. Along with the shutdown, he also plans to shut down parts of the Environmental Protection Agency. To many this is worrisome considering he doesn’t believe in global warming or the large scale effects certain pollutants.

While many Republicans are also against same sex marriage, Trump stated he believed that the Supreme Court has already settled the issue and stands by their ruling.

One of the staples of the Republican view is gun control, or lack thereof. In past years Democrats have pushed for licensing and registering to own a gun. Laws requiring classes for use have been pushed through legislation. Now with the Republicans dominating so heavily, many of these laws may be repealed or worked around. The belief is firm that everyone reserves their right to bear arms. Republicans have fought recently against lawsuits pinned on gun manufacturers. The party demands that an owner takes responsibility for the use of his or her guns. So long as a person abides by the law and purchases the gun legally, they have the right to their firearms. Owners are accountable for their actions, and it should never be pinned upon the manufacturer.

The Republican platform also stands strongly behind Pro-Life. Many Pro-Choice advocates claim “my body, my choice” as an explanation for abortion, but Republicans stand against this. According to their views, a fetus is not the property of the mother, but its own entity. Because it belongs to none but itself, it reserves its own rights and therefore should not be terminated.

Republicans do not support national funding of programs such as Planned Parenthood because it advocates abortion as another option. A common cause for abortion is inability to pay for or care for a child, and Republicans have offered alternatives to this. One choice they provide is adoption. Though you cannot care for a child yourself, Republicans deem giving your child a life with someone who is willing to care for them as a worthy cause. Another option they suggest is practicing abstinence. If one does not have sex, there is no debate on whether or not to keep a child.

Remaining on the topic of abortion, some suggest that a woman should be punished for having an abortion. This is not a widely spread ideal and should not be used to represent the entire party. The majority support a proactive stance and just wish to avoid it.

Trump stated that he will approve bans on abortions with the only exceptions being rape, incest, or when the pregnancy endangers the mother’s life.

While it is unclear the full extent of plans to carry out their political aims, it is clear the direction they are choosing with the government: less government and bigger tax breaks. While many of Americans have differing views, opinions, and stances on these issues, it will be four years of non-stop change in America since there is now nothing standing in the way of the Republicans.