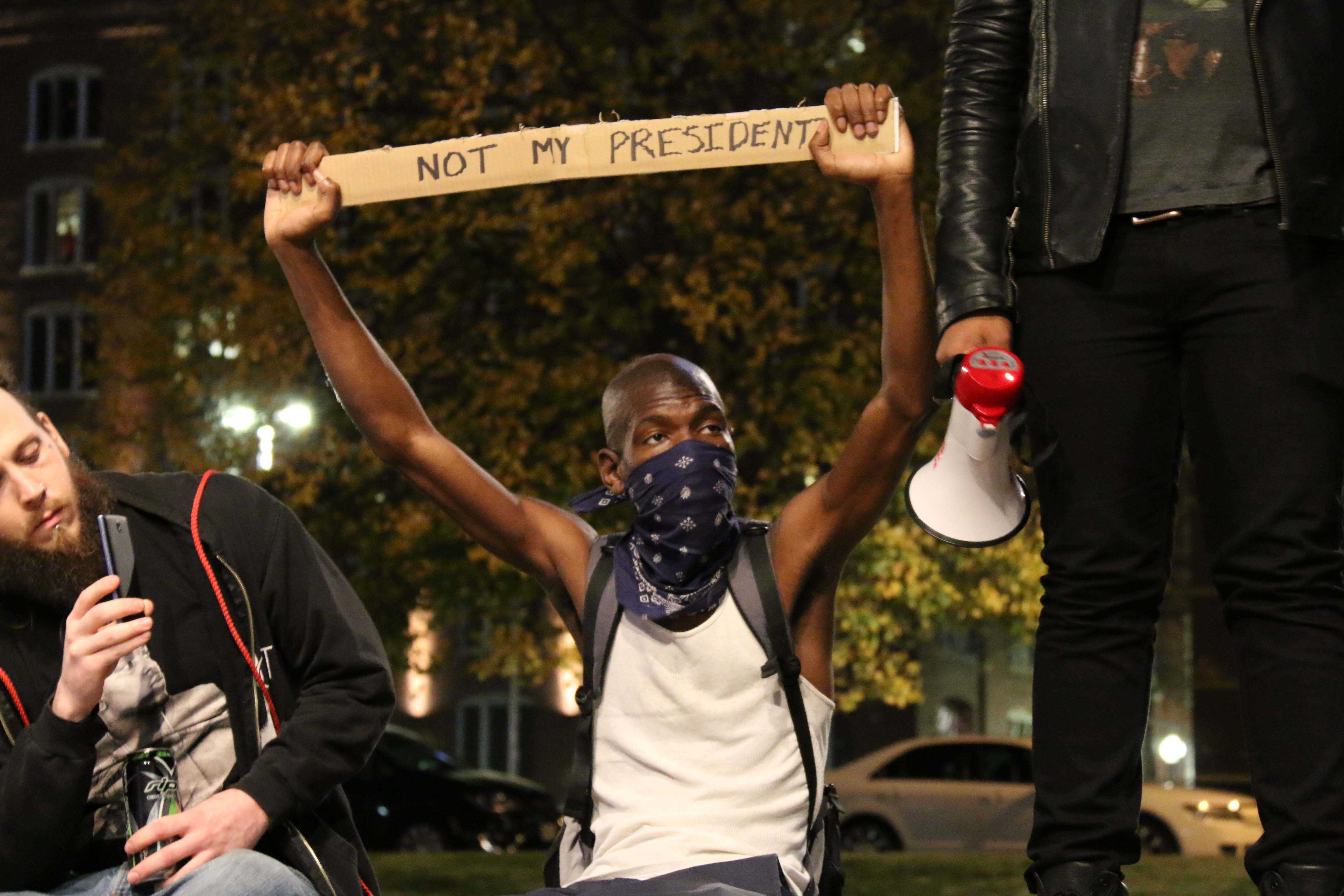 Are Protests Worth It?

After months of campaigns and political propaganda shoved in our faces, on November 9, 2016, the results were finally in: Donald Trump has won office. Despite that this is said about every election, this election was different. After all, a man with absolutely no political experience had just won office of the highest position in the United States. Almost immediately after the results were in, protests were formed. People aren’t protesting because Trump is a Republican, or even because he doesn’t have any experience for that matter. People are protesting because they refuse to accept a candidate whose campaign thrived on bigotry.  Protesters are refusing to stand idle and are determined to make a difference.

Chants of “We reject the president elect” and “Hey hey, ho ho, Donald Trump has got to go” rattled St. Louis streets on Thursday November 17. Hundreds of people filled the streets in protest of the new president elect. However, this isn’t a unique occurrence. In fact, protests have been erupting all across the United States, from New York City to Los Angeles to Chicago and now to our very own Saint Louis. With thousands taking to the streets, many people, especially Trump supporters, have been asking one question: are protests worth it?

Upon hearing about the rising protests, I drove to downtown St. Louis to check it out for myself.

The rally started on Florissant Street and moved to downtown St. Louis until Union Station. Hundreds of people, different and alike, joined in on the streets. Men and women, Christians and Muslims, and young adults and the older generation all came together in unison for one cause.

Leading the rally was a young man named Basel, who gave Granite High World an insight on what protests are really all about.

[Do you think rally’s make a difference?]

[What do you think about the people who say protests don’t make a difference?]

“They’ve never been to a protest.”

Other protesters at the rally also had a lot to say.

“Upon Trump being elected President, I felt a mixture of being terrified and depressed, for multiple reasons. One being just the simple fact that I’m a woman and he’s definitely shown that he doesn’t respect women. Another reason is that I’m lesbian and the whole fact that Mike Pence wants to make it federally illegal to basically be gay. So that’s pretty terrifying,” said Ali, a protester.

“I don’t know if the majority of Americans ignore what Trump says or if they just don’t get it. A lot of members from my family honestly, like honestly believe that Donald Trump and Mike Pence both have never said anything bad about any different group of people, and that they just want Americans to come together. We’re going to be the laughing stock of the world.”

For another protester named Jim, this wasn’t his first rodeo.

“I just think it’s amazing how someone who is so rude, so racist, who incites racism and violence to this degree has gotten elected. I think it’s an embarrassment. It tells everybody in the world, we’re supposed to be the torch of freedom and liberty, and instead we’ve become the torch of hatred and all things horrible.”

Immediately after winning the election, Donald Trump tweeted “Just had a very open and successful presidential election. Now professional protesters, incited by the media are protesting. Very unfair!” Many of his supporters are also bashing protesters on the fact that they’re not accepting Trump as president and that protesting is a waste of time. Yet people fail to remember that the foundation of change in our nation was done through protesting. Women as well as black Americans fought for their rights through protests, and ultimately won because of it. After all, the freedom of petition is part our 1st Amendment rights, and it’s surely not going away anytime soon.

Staying silent never makes a difference, no matter who you are or what you believe in. To see the progress you want in our country, you must fight for it.

The only question left is: do you think protests are worth it? 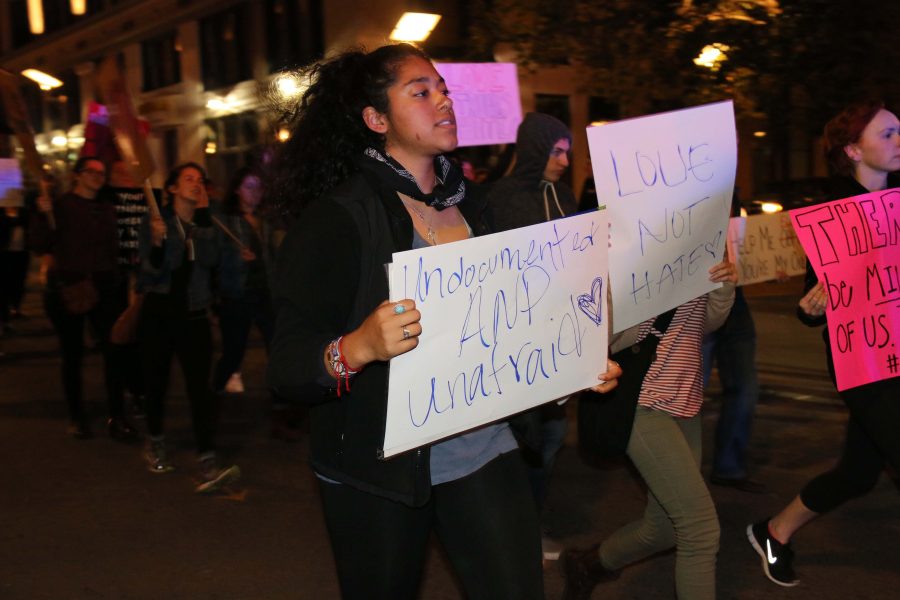