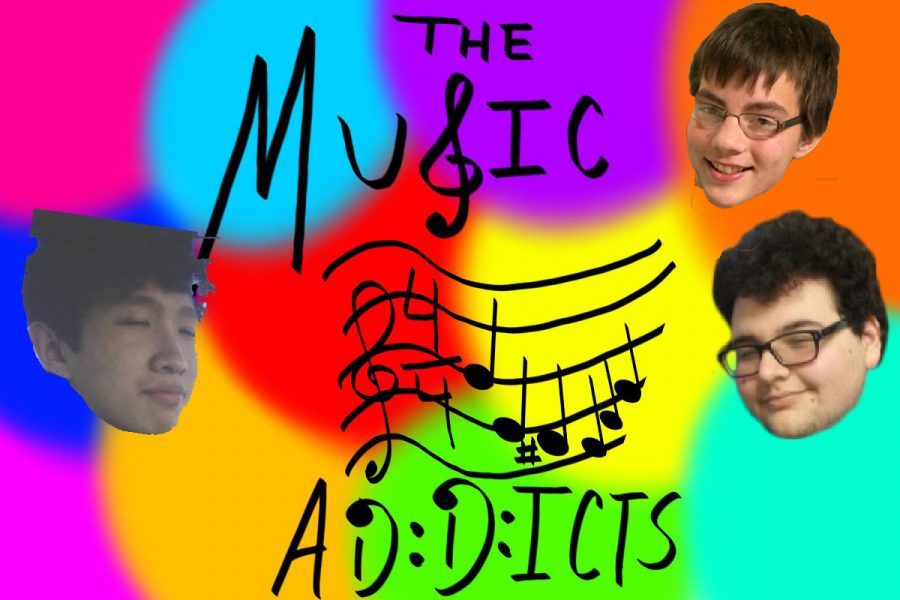 Hello, everybody. It’s the return of your favorite music blog, the Music Addicts! I know it’s been a while, but I was busy with the Th_ video. But now I’m back with some cool new music here to delight.

Favorite Tracks of the Past Few Weeks

Childish Gambino, AKA Donald Glover, is an actor/comedian/rapper that has impressed in almost everything he has done. Originally starting as a writer for 30 Rock and being a main cast member of Community, two of the best sitcoms of the aughts, he left those shows to do music. His first two albums Camp and Because the Internet were both good and cemented a fanbase that he had already built up with a couple mixtapes. As a music listener I always found his music to be overhyped, good but not great. Gambino felt like the awkward two-trick pony of hip hop, his albums consisting of these angst filled tracks that any patron of M.C.R. and Hot Topic would be proud of, combined with a litany of braggadocious songs to remind the listener that he was still the best, the coolest, the “norm.” In short, his music felt like an enjoyable, but over all disjointed mess. But the release of his new single to support his newest album, which came out Dec. 2nd, Gambino has signalled a complete stylistic change, from hip hop to soul & funk, that has forced me to rethink his music. “Redbone,” the second of these singles, is the best example of why. The vocals that Gambino brings are great, being a mixture of falsettos from Prince and Curtis Mayfield. This song is a lesson in simplicity, built off a smooth slap bassline that perfectly fuses understatement and presence. The main instrumental theme of synchronised glockenspiel and guitar is simple but powerful in its effect. Layers of keyboards and synths build off this, getting louder and adding more depth till it hits its climax.

2016 has been the year of political music. It’s not surprising given that we’ve had one of the most polarizing elections in American history. This year has just been a breeding ground for it. There is a problem, however, with most these songs. They’re terrible. Whether it’s Le Tigre’s “I’m With Her,” or Lena Dunham’s rap song “Sensual Pantsuit Anthem,” or most of the anti-Trump 30 Days, 40 Songs movement, there really hasn’t been many good songs on this front. “Aries” fits this genre, but is easily the best song out there this year. The beat is dark and ominous, creating this chilly, psychedelic atmosphere. All three members of the Flatbush Zombies have verses, all of which are anti-establishment, and are great. What really makes this song transcend the bounds of a good song to a great song is the chorus, sung in an old, decrepit, raspy voice, talking about being tired of not being empowered. It’s chilling and works perfectly.

The Weeknd just released a new album a week or two ago called Starboy. “Sidewalks” is a new cut off this album, and it’s probably the best Weeknd track I’ve heard so far. Lyrically this is an autobiographical song, with The Weeknd singing about how he became successful, and challenging anyone to see if they can replace him. Kendrick essentially does the same thing as the Weeknd. They’re both good on this track and have great chemistry. Though there is something more important to talk about with this song, the production. It starts of with this really powerful and sexual guitar lead that’s more akin to score of a neo noir than a pop star’s album. This rift sells the entire song, and could fit in with any Tarantino film or Black Keys album. Swagger throughout. More pop should sound like this.