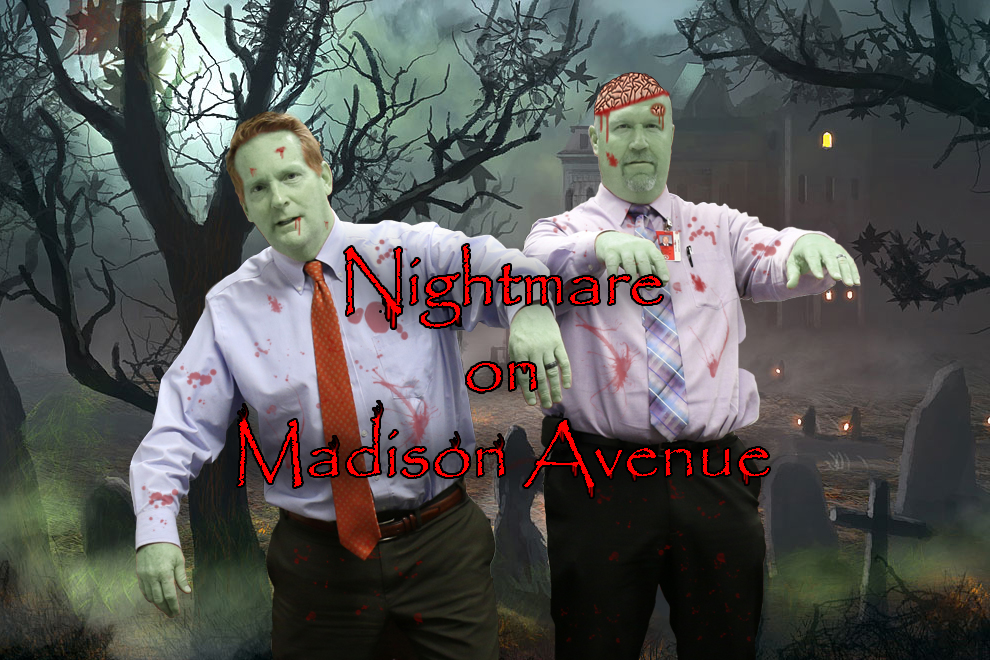 It was an ordinary day. Like any other at Granite High, students were crowding around each other talking about the latest gossip: who’s dating who, who broke up, and most importantly, what’s for lunch. On this particular Friday, the clouds hung low to the ground, showing signs of rain. The sun’s soft rays were barely visible through the darkness and the streets were practically empty. All that could be heard around campus was the 7:55 bell.

As students scattered to their classes, Mr. Depew’s voice rang through the halls. “Good morning, students. Today, as you all know, is Friday the 13th. I am here to reassure you that despite all superstitions, this high school is safe from all bad juju. Please remain calm throughout the school day and have a fantastic weekend!” The intercom clicked off and the each student continued the day as usual, taking comfort in the normality of it all.

The next hour, the intercom clicked on again.

But this time it wasn’t Mr. Depew.

“Hello children, wanna play a little game?” The deep, raspy voice stung the ears of all who heard it. “I’m sure you all have seen the traditional horror movies. Friday the 13th, Nightmare on Elm Street, and Saw. Well, today we will be reenacting these very movies. Are you ready?”

As the intercom clicked off, so did all of the lights. All that was heard around every classroom were the tiny sniffles of students and the eerie music that started resounding in the hallways.

“One, two, Freddy’s coming for you

As teachers frantically tried to calm their classes, faculty members searched the high school for any sign of an intrusion. “Check the tapes,” Mr. Moran screamed to the office members.

“How can this be? I was standing next to the intercom when this happened. This is impossible.”

Water started pouring into the office, seeping through every door…almost like they were on a sinking boat. “Where is this water even coming from?!” Mrs. Miller said as she frantically tried calling the custodians to come and stop the flood.

But there was no reply.

“They’re not answering! Where could they possibly be?”

An audible groan escaped Mrs. Miller’s lips. “Mr. Depew, this is not a time for jokes. Not only do we have an intruder and freaked out kids, but we now also have water damage that needs to be repaired. Anyone have a mop?”

“I thought you said we didn’t have any bad juju in the school, Depew.” Mr. Moran said.

“Well, I might have jinxed us. We have to find a way to keep our students safe and stop this madness.”

“There is no stopping what is already done.” The mysterious voice sent chills through everyone’s spines. “I will give you a hint to who I am and what I want. I am located by the Media Center, hidden away in the back. I want nothing more than a scare, to bring the lives back.”

“Bring the lives back? What are they referring to? No one has ever died on this campus.” Mr. Moran replied to the message with anger. “I’m going to find this delinquent.”

“I’ll come with you,” Mr. Depew said, and they headed out the office doors with newfound resolve. As they reached the Media Center doors, they heard a scream so loud that Coolidge must have heard it. They ran towards the scream. They darted down the Art Hallway to find a body lying in the middle of the hall with what looked like blood around it.

“I’m on it,” replied Mr. Moran, “Actually, I don’t have service in this hallway.”

“Maybe if you didn’t have Sprint, you’d have service, dummy,” the head principal scolded.

Mr. Moran rolled his eyes. “Is this really the time to talk about mobile carriers?”

“Probably not,” Mr. Depew said with a sigh.

They walked closer to the body and every step they took, their blood pressure rose and their knees trembled.

“I’m not asking you to, just go see who it is.” As Mr. Depew drew closer to the body, he smelled a familiar smell. “I don’t think this is a body,” he said as he kicked the decoy over.

The so called ‘blood’ was paint from the theatre and the body was just some newspapers and old clothes.

“Of course it is, let’s go find this creep.”

There wasn’t a sound to be heard except for a barely audible tapping. “Let’s go find that tapping noise. Maybe it’s our guy!” Mr. Depew ran through the library, checking every row of books for the masked man. No matter where he went, he heard the tapping noise. “Where is that coming from?” he asked.

They walked into the hallway only to find the air still. They started to head down the hallway when Mr. Moran found their first clue. “Hey, look at this, the custodian’s door is wide open. Let’s investigate.”

As they walked into the double doors of the custodian’s closet, they noticed a table set up with a radio and a note.

“You have found me. I wanted no harm in the beginning or at all. Just a reminder to pick up your trash before you leave school. My job is hard enough.”

“This is it? Our mysterious intruder was just our custodians playing a prank on us? He went too far this time. I’m going to dismiss school early for the day and deal with this problem personally.”

A few hours passed and the students were dismissed. Mr. Depew and Mr. Moran personally checked the high school for any intruders. They locked the school doors behind them and headed to their cars.

“I think they learned their lesson,” Mr. Depew said with a chuckle to mask the seriousness of the situation.

“Yeah, I think they did also. I’ll make some more calls when I get home. Try to have a great weekend, Depew.”

Mr. Moran sidled into his car and drove away from the school, leaving Depew alone in the parking lot.

“I’m glad this search is over,” Depew whispered to himself. He got in his car, started the engine, rolled down his windows, and took one last look at GCHS before he left. He began to pull away when he heard it. The raspy, creepy laugh rang through the campus and into the memories of our principal forever.