On the Road to Kill 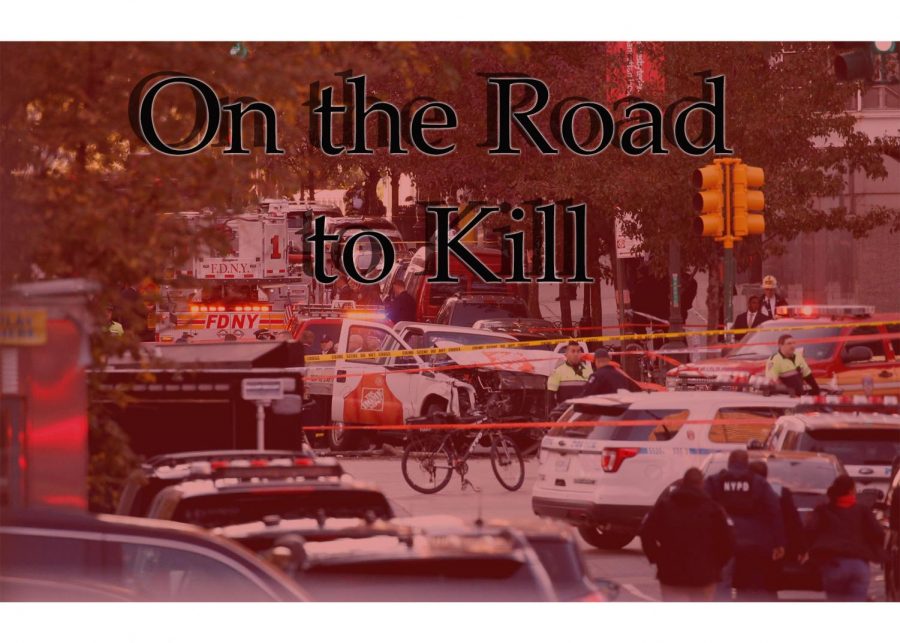 New York gets no rest, not even on a holiday. On Halloween of 2017 it hosted another attack.

Reminiscent of the act in Charlottesville earlier this year, a truck made impact with dozens of pedestrians along a bike lane in Manhattan. Only eight deaths have been confirmed, but it’s eight too many.

Governor Cuomo has been speaking against large claims of an act of terrorism saying, “There’s no evidence that suggests a wider plot or a wider scheme.” But how else do you define such a vile act against innocent bystanders? Does terrorism really require an accomplice?

The traditional definition of terrorism is “the unlawful use of violence and intimidation, especially against civilians, in the pursuit of political aims.” The suspect, as of a now, has been charged with terrorism on the federal level, despite Cuomo’s disagreement.

While ISIS has been ‘praising’ the incident, there has been no evidence of actual communication. Typically, we find correspondence between ISIS and the suspects. As prosecutors have come to learn, he was almost a fanboy, of sorts. Saipov is considered self-radicalized, which means he did it in the name of ISIS but they had no hand in it.

He was a devout fan of ISIS propaganda and they have determined this attack has been in the makings for around a year. Supposedly, his inspiration was actually from videos ISIS circulates on social media platforms. He waited all of this time because the street activity during the holiday is above normal.

What better day to scare America than Halloween? There were no treats, only tricks.

Witnesses claimed he screamed, “Allahu akbar,” which translates to “God is great,” in Arabic. Even though it was disproved that he had legitimate ties with ISIS, it is clear that he used it as a way to incite fear and urgency in America’s mind. This man soldiered our fears against us, which is anything foreign.

What we do know is this man, Sayfullo Saipov, has been here since 2010 and has had little integration into our society: he knew very little English and mostly kept to himself. We also know the truck he was in came from New Jersey, and he killed eight while injuring another twelve.

He stood alone, but that does not mean we can. New York knows no rest, but all of America should be just as alarmed and informed – even us, high school students in the Midwest. Being informed is the first step, and maybe today, you will dip your toes into the unknown.