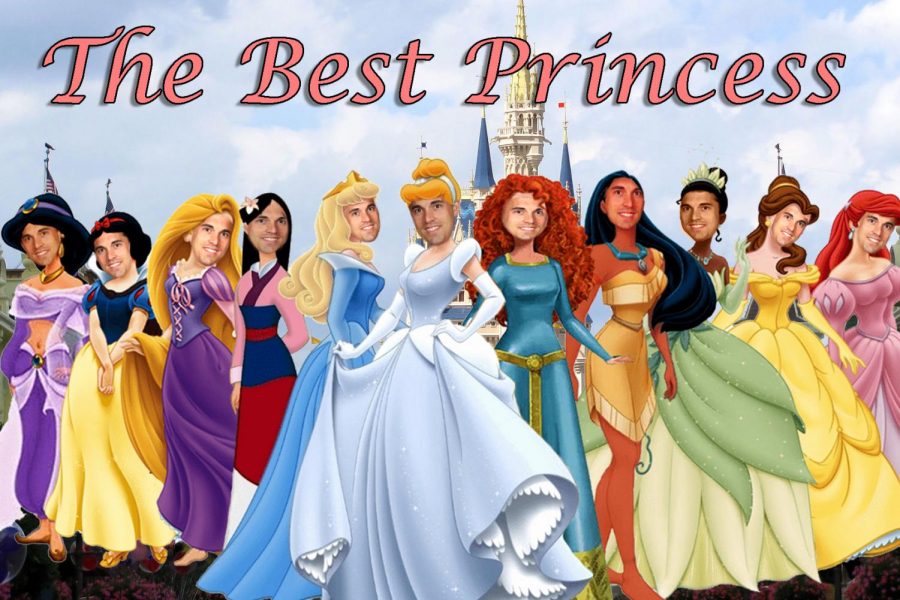 Everyone has their favorite Disney Princess. For most, it’s the popular Ariel or Belle. I’ve decided that it’s time to actually see who’s the best. Of course, everyone has their own preference, but here’s the real scoop.

9- Snow White- She was my favorite princess when I was little. I watched Snow White so many times that I went through 2 VHS tapes, and I don’t know why. She takes an apple from a strange old lady, lives with seven dwarfs, and bakes really awesome pies. She’s the youngest Disney princess, (she’s 14) and also the first Disney princess. Not a bad movie, but also not the greatest.

8- Sleeping Beauty/Aurora- My personal favorite princess is Aurora. The music in this movie is so amazing. I. Love. This. Movie. The fairies fighting over the dress color is hilarious (why are all of the sidekicks better than the princesses?). Unfortunately, Sleeping Beauty only has about 18 lines in the whole film because she’s sleeping for the majority of the movie, duh. I relate the the napping aspects of this movie, and wish I could take a 100 year nap.

7- Ariel- I feel like Ariel is overrated. She disobeys her dad a lot, gives up her voice for a guy, (girl, why?!?!) and doesn’t talk for most of the movie. She’s just a teenager that falls into the regular trap by the villian, and is in love with a statue of a prince she doesn’t meet until he drowns. But let’s be honest: the star of this movie is Sebastian.

6- Belle- This is the girl power movie of the 90s. Belle is a smart bookworm that wants adventure. She goes out to rescue her father, she gracefully turns down Gaston several times, (my personal favorite character) despite his pressing effort, takes her father’s place at the Beast’s castle, and brings the castle back to life. A true heroine, and she’s also the only brunette princess, so she has to be special, right? This movie just makes me want to try the gray stuff.

5- Cinderella- A classic that is so underrated. Yes, she’s a bit clumsy for losing her shoe, but she works 24/7, and she totally deserved to fall in love with the prince. Her voice is beautiful, and she looks flawless in rags. (How??????) My favorite characters in the whole movie are Anastasia and Drizella- the evil stepsisters. They’re trying so hard to be eligible for the prince, but they just have no talent, grace, or anything remotely attractive.

4- Rapunzel- She’s actually super adorable with her long, magical hair that heals people, but on top of that, she’s positive, determined, and doesn’t give up on her dreams. She does disobey her “mom,” Mother Gothel about halfway through the movie, but it ends up being okay because Mother Gothel isn’t her real mom. She stands up to her in the end, and marries Flynn Rider, the hottest Disney Prince, but that’s another article.

3- Tiana- Tiana works hard to reach her goals. She’s worked in a restaurant for years to save money for a restaurant that she wants to open in honor of her late father. She eventually gets her restaurant, but there was so much hard work involved. There are a few small obstacles. There are a lot of obstacles. She goes from a human to a frog in .5 seconds, so that kind of throws everything off, but the music, animation, and characters are wonderful. The characters are personable, they aren’t perfect, they’re real. Tiana’s positive attitude shines throughout the whole movie, no matter the situation.

2- Pocahontas- Teaches others how to see things from a different point of view; she should win a Nobel Peace Prize. She saves a man instead of him saving her, and doesn’t go home with him after he gets hurt which ALWAYS makes me cry even though John Smith is a jerk. This movie teaches working together to compromise peacefully instead of fighting. The music is the bomb, and Colors of the Wind gives me unrealistic hair goals. Pocahontas is gorgeous, clever, and caring, so what’s not to like?

1- Mulan- Mulan deserves the first place spot because SHE SAVED CHINA. Mulan sacrificed her life so her father wouldn’t have to go to war. The sidekicks in this movie are amazing. Mushu is hilarious, and Crikee is adorable. AND WE CAN’T FORGET ABOUT GRANDMA. She predicts everything in the movie, and is also in love with Shang (who isn’t?).