The Problem of Poverty in America 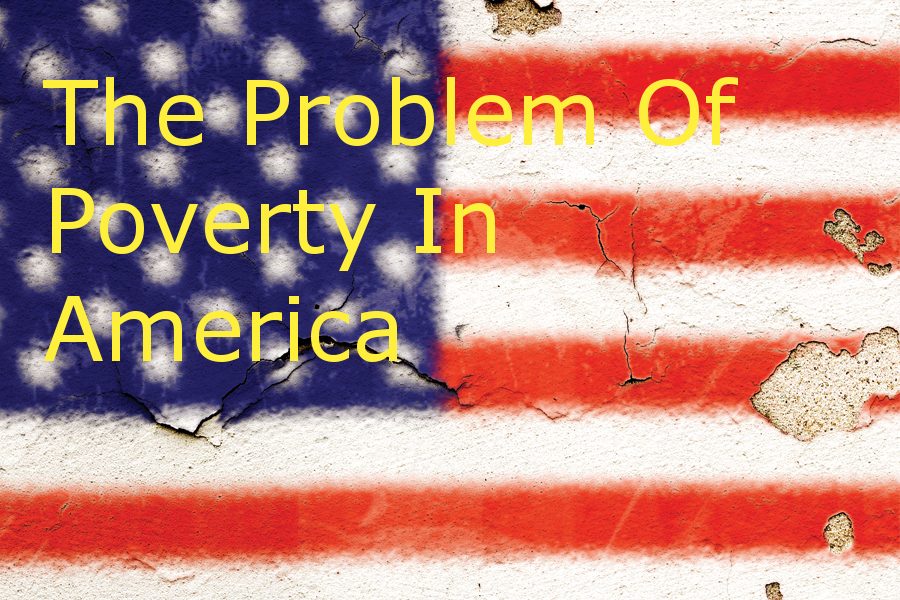 Poverty in America, it’s not a distant thing.

It is everywhere in America, both red and blue states, and it is there in one form or another. There is an abundant homeless problem crisscrossing the US. Many are Veterans, thrown out by a bloated military industrial complex who only care about furthering wars for big donors and Middle Eastern oil. The US spends more on national defense than the 7 countries below combined.

In December of 2017, the United Nations special reporter on extreme poverty and human rights wrapped up a 15 day tour of the US to see the poverty levels in the United States. He and his team visited Alabama, California, Puerto Rico, West Virginia and Washington, D.C. They found unsafe sanitation and sewage disposal and criminalization and harassment of the poor. The rise in poverty disportionately affects people of color and women, but also a large amount of white Americans. The report concluded “are shockingly at odds with [the United States’] immense wealth and its founding commitment to human rights.”

America is supposed to be the richest country in the history of the world, but yet it has poverty that is seen almost exclusively found in undeveloped countries. According to IndexMundi the amount of Americans below the poverty line is 15.1 percent more than countries like Slovenia and Sri Lanka. Should 15.1 percent of the population be below the poverty line in one of the richest countries on earth? And there should not be 550,000 homeless according to Department of Housing and Urban Development in this country.

Closer to home there is a 2014 article showing a study in 2012 that 16.2 percent of the St. Louis population is in poverty, which is a rate slightly higher than the national average.

“Poverty in America is a issue but it is a complicated one as well especially since what happened with the economy and the most recently the steel mill layoffs we need more jobs to help the flow of things but things like free medicare and funding for homeless will also help in a big push to help poverty in the united states. “ – Logan Smith

We can help fight against poverty and homelessness by calling representatives and voting out those who will do nothing. The United States needs to massively overhaul and fix the social programs it currently has and move to a more Scandinavian style, like Medicare for all. A way for the U.S. to help end homelessness and to get them off the street for good is to simply give them homes. From a May Central Florida Commission on Homelessness study indicating that the region spends 31,000$ on the homeless, while giving them homes and a caseworker to supervise their needs would cost 10,000$. So even if you are one who doesn’t want their money going to giving someone free housing, it would cost less of your tax money to give them housing than to leave them on the street where each night they may check in to local hospitals for a place to stay and use tax payer money or get themselves arrested for a place to stay the night.

The American people need to stop voting for whatever candidate sounds the best and vote for those who are gonna make things better. The American people need to look at their donors and and platforms and vote out the old corporate politicians. It would be smart to vote in young fresh faces who are going to change this country and get in line with the rest of the world. This midterm election is a great place to start if you are able to vote. Read up on the candidates and vote for change. That is the only way this country will get better.