The Office: Why you should watch it 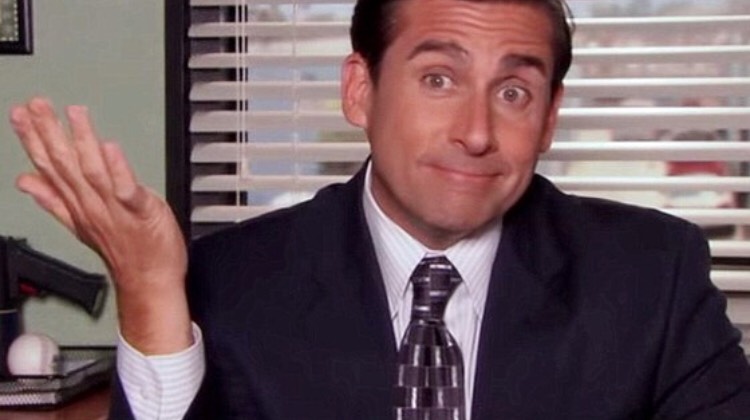 Everyone has a favorite television series. Mine happens to be The Office. Why? Because it’s funny, witty, and different. Each character has a unique personality. Some that may even make you question why some are acceptable. That sounds strange, but if you watch the show, you’ll understand.

When I first got into the show, I was a little weirded out. I wasn’t exactly sure how to feel about the characters. But as I watched the show, my attachment grew. Take Michael Scott for example. He’s a manager at a paper company, Dunder Mifflin. He’s insanely awkward and knows how to make an already uncomfortable situation more uncomfortable. But…he’s a great businessman and knows how to keep his customers.

I think what really kept me hooked on the show was Pam Beesly and Jim Halpert’s relationship. As you watch the show, you notice that the two characters develop feelings for each other. They have an obvious chemistry but are constantly encountering one problem after another that gets in the way of them getting together. These problems drag on season after season, but that’s how the show keeps you hooked, and gives you that desperate need to see what happens next.

These aren’t the only characters that make the show a great watch. Other characters include Creed, Angela, Kevin , Ryan, Oscar, Dwight, Stanley, Phyllis, Andy, Meredith, Ryan, Kelly, and so on. New characters do come along as the show progresses, but these characters are who you see in Season 1. Including Pam, Jim, and Michael of course. They’re what keeps the show fun and interesting to watch.

Personally, I started watching the television series because there was a lot of gossip about the show and it was all over social media. Eventually, I became curious to know what sparked everyone’s interest. I asked a couple students here in GCHS why they started the series. Cody Trittschuh, a Senior stated “My friend showed me different clips from the show, bloopers and whatnot, and I found them hilarious.”  Senior Nick Grotefendt says, “My friends said I should watch it because it’s a show that involves a lot of awkward moments, which is part of what makes it funny.”

If you haven’t watched the show, I highly recommend you do because you feel like you’re looking at a reality tv show of everyone’s lives, even though everything about the show is completely fictional. Every character is unique and over time, you get to see why each of them behave and act the way they do. Watch the show and become a part of the Dunder Mifflin family. You won’t regret it, I promise.