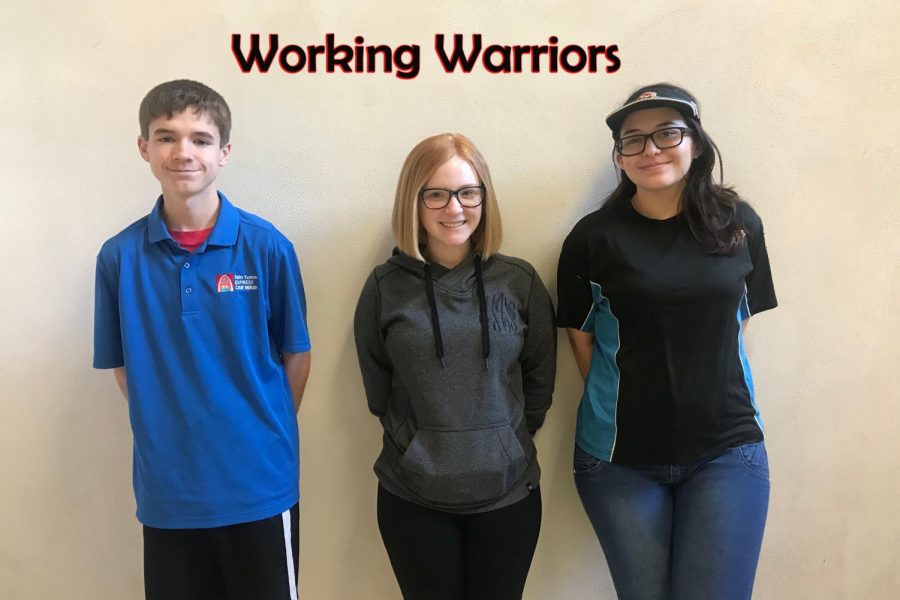 Juggling school and work can be very difficult but can also be very rewarding. Many students at GCHS do this juggling act and try to stay afloat in their lives.

Crystal Denton a senior at GCHS works at Imo’s Pizza. In the 5 months she has been there she learned the that hardest part was time. Crystal explained her work situation by stated that “It’s hard getting off at night or later then trying to find time for homework and finish with seven classes and most of them give homework.”

“Because of work sometimes it can cause a ripple in friendships,” stated Jessica Carter another senior at GCHS. She explained that when friendships and jobs attempt to mix, it get tricky.

“Me and my best friend were very close but I had a job and was busy with studies after, which left no time for her. That eventually got old and caused us to slip.”

Although there seems to be some issues with controlling school its has perks. Jessica also said, “Even though you barely see friends you always, have money when you finally reunite or even when you just want to buy something just because.”

School and work can be difficult but some students also are apart of sports teams, which adds even more stress to the pot. Alex Turner a junior who is apart of many sports programs at GCHS juggles work, school and sports. Alex started working at “Big T’s Barbeque” two years ago he stated that, “The hardest part is making time for it all. The day starts with school, gets even more difficult with after school practice and the sometimes work at the end of the night.”

The hardest part is making time for it all.”

Despite the hectic schedule, Alex also noted that,  “The best part is that I still have money and I’m playing a sport I love.”

Alex went on to give advice for ‘beginners,’ students who are looking for a job or just starting. “If you think you can do it, then do it. But getting a job and mixing school is a sacrifice so be ready for all that comes your way.”

Kailey Haynes, a junior at GCHS, works two jobs along with school. She has been employed with Subway and Big T’s. Even with work and school she still manages to enjoy life. “Honestly” Kailey stated, “the best part of having these jobs is that when times come where I need something, or if I’m just out and see something I want, I don’t have to ask anyone because I have my own money.”

Students here at GCHS and all over the nation have found that school, jobs, and social lives can be hard to manage, but, as Kailey Haynes says, “Having a job is rewarding because there is nothing like that feeling where, when you accomplish something or get something you’ve wanted for a while, like a car, for example, it’s a wave of emotions and there’s nothing like that rush.”