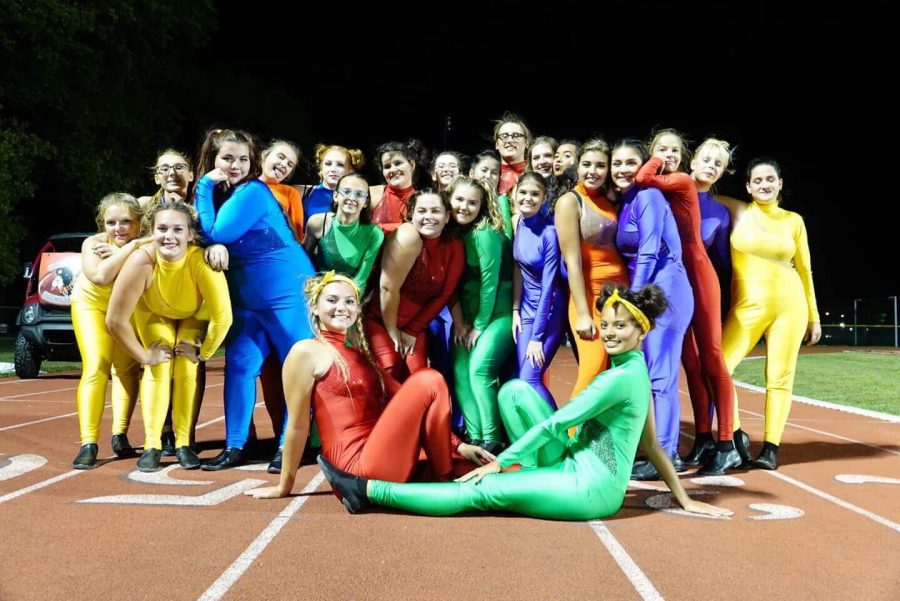 The Granite City High School Color Guard has improved greatly in the past few years.

Color Guard is the group of dancers that spin flags and rifles in a marching band show.

This year, the team has been trying new methods to improve their performances, and it’s working.

Before the season kicked off, we had video assignments that could be a video of someone marching, doing flag work or a body affect (visuals). Having video assignments due made more people put in the hard work and practice.

The videos meant people would have time to learn and ask questions before band camp started. It also showed who was doing it correctly and kept everyone honest.

This year, guard camp was in May instead of June. That gave everyone more time to learn the work, so people came to band camp in July more prepared.

Drill, where we move on the field, was taught slower with more repetition, so everyone knew where they were going on the field. This also allowed the staff to focus on music and flag work over movement on the field.

Team improvement is not always about practice and how hard the team works.

“It’s the weird bond you guys have. You treat each other like family, with so much support for each other that gets everyone through practice,” said GCHS Color Guard coach, Madai Enriquez.

Setting realistic goals for themselves, and trying to be better than the day before keeps the improvement going.

The routine this season is pretty advanced, especially for newcomers–their dedication and hard work this year is exemplary.

Since the show is faster, it makes the beginning of the show harder, despite fairly easy flag movement. In the second part of the show, performers have a swing flag in each hand, so when done right, it is very visually appealing.

If the team continues to practice on their own time, and continues working as a team, they will continue to improve.

Paired with the band, which is also doing an excellent job, this is going to be a winning season!