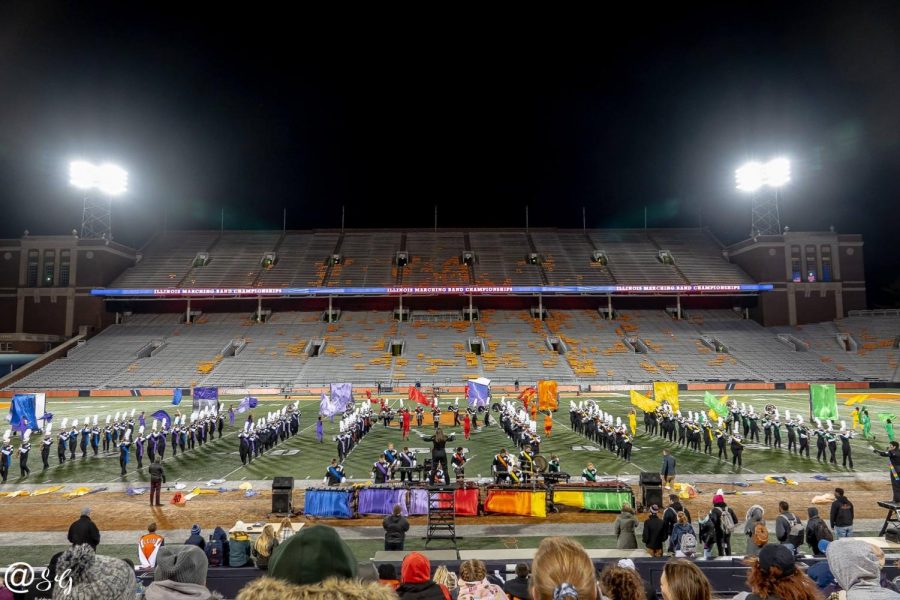 Band members are not just competitors, they’re performers. The GCHS Band program is highly accomplished. They are hard working and fight to make this sport fun and enjoyable for everyone involved.

There is no denying the band works hard, but can they be classified as a sport? In order to answer this question consider the definition of a sport. According to Dictionary.com, a sport is “an activity involving physical skill which an individual or team competes against another for entertainment”.

Head Drum Major Skylar Burns said, “We go out every weekend and compete against other bands. We literally do what the exact definition of a sport does.”

The band is extremely active with three weeks of band camp during the summer (Four for color guard and percussion), and practices every Monday Tuesday and Thursday.

Though band can be trying mentally and physically, members push through because they are being taught more than just music. They are learning how to never give up and get through the hard stuff life offers.

Band members are always told to just have fun, do their best, and not worry about the scoring and awards.

When considering if band is a sport, Color Guard member Emma Jackson said, “Yes and no. We are physically demanding, but we are more of an art with the music and movement on the field.”\

There has been much controversy over the topic of if bands a sport, as we know now it can be both a sport and an art. The band has won many titles throughout the years and they continue to do so. It’s your opinion if they are a sport or not.

Though band is very physically demanding, it can be seen as both a fine art and a sport.

Sport or not, the Marching Warriors will continue to march their way to victory everytime.