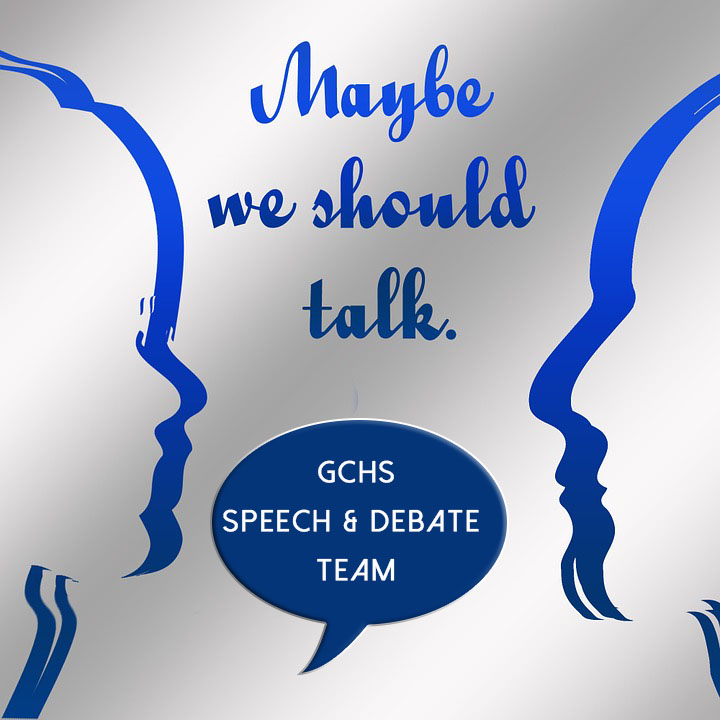 Public speaking does not have to be a fear after joining Speech and Debate.

If you have a knack for acting, or a powerful voice for speaking, this team might be for you. The Granite City Speech and Debate team has been around since the 1950’s. The current head coaches are Amy McQuiggan, English teacher at GCHS, and Wesley Copper, former GCHS graduate and Speech Team member

Even if you have never had experience with public speaking, that’s perfectly fine! Members get taught all the skills you need!

Fortunately, the Speech and Debate team teaches you all you will need to know. With 14 different speech events and two debate events, competitors will learn numerous, important life skills, whether it be speaking, acting, or debating.

Public speaking is a skill you will need to have for the rest of your life. Learning how to do so could be very beneficial to a person’s future career.

“Speech and Debate has made me a more sociable person.” says junior Brandon Burkhart.

With a little over 20 members, there is so much diversity in the team.On the speech team you are guaranteed to find someone new to be friends with, we’re all a family.

Some of the most outgoing people you know might be on the team, as well as some of the shyest. Speech and Debate helps people break out of their shell and have fun while doing so.

Kenzie Richards, varsity Speech member says, “It’s helped me be way more confident and has opened me up to trying new things and meeting new people.”

In Speech, you can deliver speeches in a professional fashion, make people laugh, create emotions through acting, or tell stories through prose.

Debate is a little different. In Debate you argue a side of a resolution and put together a case to prove why your side is right.

There is a lot of hard work put into a competition script, or a debate case, and the most rewarding part is competing what you have worked so hard on.

A common misconception is that you have to do Speech as well as Debate. In reality, you can do one or the other if you don’t want to do both.

Many people can feel nervous, anxious, or excited to join, but it is well worth it in the end!

How do you join? Go to room 217 on a Monday after school and talk to Mrs. McQuiggan! There you get lots of information from the coaches.

After joining, people with 4th hour lunch can choose to take the Advanced Performance study hall, which allows you to work on speech or debate if you don’t have homework.

Joining the GCHS Speech and Debate team is a great addition to your high school years.