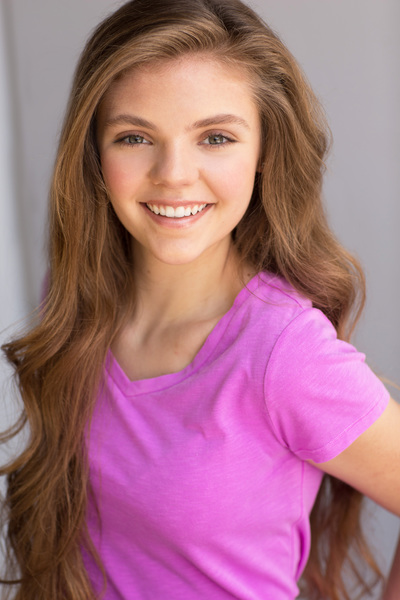 Margaret London Kimble is known at GCHS for being very talented. She acts in all of the plays throughout the year and this year she had a singing feature in the Marching Warriors show “Empire State of Mind.” Not only does she sing and act, but she is also on the Dance Team, NHS, Alpha, Renaissance and Science Club.

How does London fit school and all of her activities into her daily life? She admits fitting all of these clubs, activities, and having school work into a week is tough. “Sometimes, being in so much can be a little challenging, but it all works out in the end!” says London. Along with that, this year London was also nominated for Homecoming Court; this made things a little tougher than before. But with some multitasking and her mother telling her “school comes first!” she manages it all.

A lot of people see performing in front of people as terrifying; London sees performing as the complete opposite. Her main activities all deal with performing, “My favorite part would have to be the performances; they are just so exhilarating,” she says.  Even after playing many different roles in school plays, she simply cannot pick a favorite. Every character has a completely different attitude and background to the next. This gives her a reason to fall in love with each role in a different way, leaving her without a favorite role.

When she was just 6 years old, London’s first acting performance was in The Music Man  Now that she has been acting for over 10 years, her ability to be the character and connect to the audience has improved. She also says “I’m definitely taller!” You can see London and her performance skills in either the half-time show with the band and dance team. She will also be in “A Christmas Carol” in December.

From starring in plays to teaching on Fridays in Alpha,  London has her talents and tricks, from scheduling to performing. It is safe to say if London can juggle all of these activities in her high school life, then maybe those who procrastinate can take a lesson or two from her.