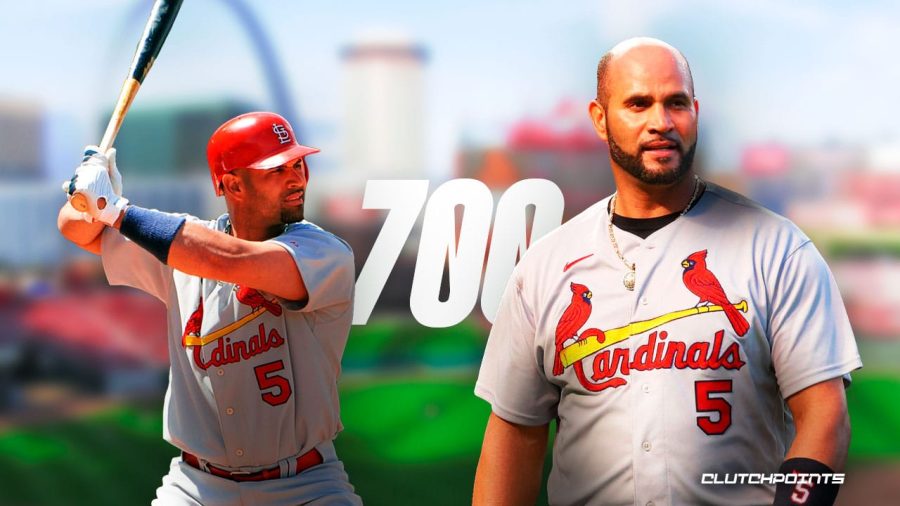 Albert Pujols is one of the greatest players and most respected players in MLB history. He’s a 6’3, 235lb giant and an amazing batter. He’s already had 18 home runs this season, and is going for his all-time 700 home runs before the end of his last year ever in baseball. He passed Alex Rodriguez, and is now 4th in home runs, from; Babe Ruth, Hank Aaron, and Barry Bonds. As of September 16th, 2022, Alberts Pujols has 697 home runs, and only has 18 games left of the season.

Pujols was not always a Cardinal’s player, as he joined the Angels in 2011 and the Dodgers in 2021. He came back to the Cardinals to end his baseball career where it started and leave with a bang. All the hype around him right now is skyrocketing, and games are selling out instantly. Everyone, including me, is super excited to see what Pujols is going to be able to accomplish, and hopes that he can achieve his goal for his last year of baseball.