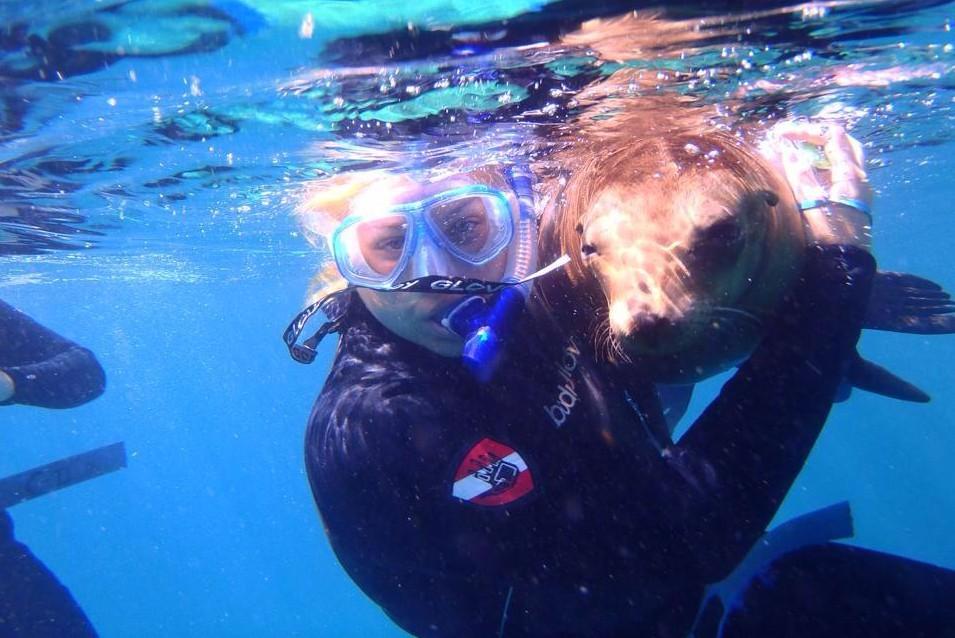 The Innocence Of The Ocean

Mrs. Conley took a small group of students to Baja Mexico last June for an educational adventure. There the students learned something that really affected their lives dramatically. Someone can never understand how they’re affecting the the Earth until they see it themselves.

One of the activities for the day was snorkeling at a sea lion colony. At that time of the year, the sea lion pups were active and interacting with the travelers. After exploring the waters and playing with the pups, the group got to see the saddest part of the whole trip. Some of the sea lions had open wounds around their neck caused by fishing nets or packing plastics.

Not many can get the netting cut off  because the bigger they’ve gotten, the deeper the plastic has cut into their skin, and they can even  be aggressive. This isn’t all that’s happening to them, some of them may have eaten the netting and other trash thrown away by humans. This means most  these innocent sea lions will have to suffer and die.

Thanks to centers like The Marine Mammal Center, some are lucky enough to get rescued. According to their website  www.marinemammalcenter.org, “Many of the seals and sea lions we rescue each year are found suffering from ingestion of, or entanglement in, ocean trash, and many more are affected by diseases and problems that are indirectly caused by detrimental human activity. But there is hope. That hope exists in all of us – it’s our willingness to learn, our ability to change, and our capacity to care and conserve this one Earth.”

One way we can help is by not eating commercial seafood unless we know how the restaurant caught their catch. Most commercial fisherman use nets to capture schools of fish, or wrapping the fish in  stationary gear, such as fish traps or set nets. Another is to cut packing straps and other plastic loops before disposing them properly. Sea lions aren’t the only marine life affected by our waste, so remember to always use the three R’s- reuse, reduce, and recycle.