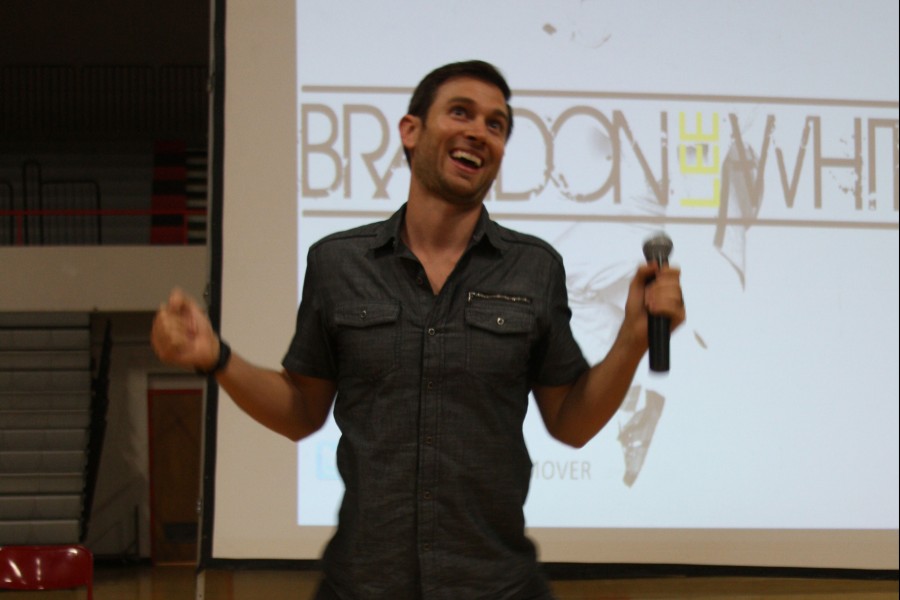 Brandon White is not your ordinary motivational speaker. On August 31, he came to speak to the students at Granite City High School. His energy and passion filled the gym as he spoke about his past and the experiences he had along the way.

During his speech, White often mentioned the phrase “own it,” which is the message he wants his audience to understand. “My speech is about seeing the opportunities in your life and owning them. It’s about taking a risk in doing those things that are hard, but necessary,” said White. He shared a story of woman who is the perfect example of “owning it.” JoAnne Fluke was born without legs. Despite her disability she and White performed the Samba at the St. Louis Star Ball in 2012. JoAnne has inspired many people by overcoming adversity and doing something she loves.

White stands out from most motivational speakers because he uses dance and laughter to connect to the audience. “I try to maintain an approachable and real attitude, instead of trying to be something I’m not,” said White. During his performance, White asked some students to participate by coming on stage to dance with him.

Senior Ben Klee was one of the many students to volunteer. Ben said, “Owning it means just going with it, not caring, and being okay with stepping outside of your box.”

Senior Isa Scaturro said, “Brandon White gave very good advice. He helped me out by learning not to give up on myself and to always own it.”